You are here:
Association SpecificNews - International 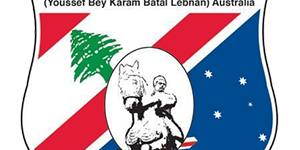 OCTOBER 21, 2017, SYDNEY: The Association of Zgharta (Youssef Bey Karam Batal Lebnan) Australia finds comments made by MP Sethrida Geagea about the “Zghartaweye”, as very offensive and hence strongly condemns such insulting and irresponsible comments, which are indicative of certain naivety, recklessness, and lack of awareness of the consequences.

We, as an association for all Zghartaweye and the Zgharta community, will not resort to the use of similar language of hatred. The Association wishes to remind Mrs Geagea, that treachery does not reflect manhood. We also refuse to be drawn into attempts to bring back a painful phase between Zgharta and Becharre.

Unfortunately, the apology by MP Sethrida Geagea is insufficient to repair the damage her offensive comments have caused to the Christian reconciliation process, aimed at bridging the gap between Zgharta and Becharre, bolstering relations. We remain indeed however, keen to strengthen the rapprochement between Zgharta and Becharre, which is in the interest of Lebanon in general and Christians in particular.

Let it be known, that Zgharta Ehden is above and never below anyone other than the Lord. The people of Zgharta have held themselves at the highest esteem, and have always fought and protected our beloved country. Zgharta has provided numerous leaders of Lebanon, be it Political, Religious, Scholar or Civic.

Undeniably rich in history, bravery and chivalry, we stand tall knowing who we are.